Toggle bolts are strong drywall anchors for mounting heavy things on the wall without a stud. Here's how to use toggle bolts the right way!

Need to mount something heavy on the wall, but there's not a stud where you need it? Toggle bolts are one of the strongest anchors for hollow drywall or plaster walls.

But to get that holding power, you need to know how to install toggle bolts correctly. If your toggle bolt screw keeps spinning but doesn't get any tighter, check out my easy fix below!

Curious about the difference between toggle bolts and molly bolts? They're similar, but not quite the same!

I'll show you the steps you need to take to successfully hang almost anything on the wall, when to use a toggle bolt instead of another type of hollow wall anchor, and how to remove them if needed. Let's get started!

How do toggle bolts work?

The toggle bolt works with two simple parts: a metal screw and a pair of spring-loaded wings. The wings fold in so they can fit through the hollow wall opening. Once they're through the hole, the wings spring open on the other side.

When the screw is tightened, it pulls the wings flat against the back of the wall. This spreads the load over a larger surface area so the drywall doesn't crumble. The larger the wings and bolt, the more weight it can hold.

There's also a strap style toggle bolt, which uses something like plastic zip ties to pull a flat bar tight against the drywall. However, I prefer the wing style because of the simple design.

When should you use a toggle bolt?

When you’re trying to anchor heavy items on hollow walls, it's important that they stay on the wall! Drywall does not grip a nail (or a regular screw) with much strength. Once you place a significant weight (such as a TV or a floating shelf) on the mounting screw, the drywall can crumble or break.

In an ideal world, you could always find a stud and use a screw long enough to hold the item securely. Almost all of your kitchen wall cabinets are installed with just a few screws in the studs! However, studs aren’t always in the right spot.

Use a toggle bolt when you can’t drill into a stud, and you need a strong wall anchor to mount something that weighs more than 40 pounds. If you have two mounting spots and can't screw into a stud at either location, two toggle bolts will help support the load.

How much weight can toggle bolts hold?

First, the thickness of your drywall will play a part. Most interior drywall is ½ inch thick, and the manufacturer usually determines the weight load based on that measurement. In general, thinner drywall won't hold as much weight.

Second, double-check the package. There will be two numbers: the first is the bolt diameter, and the second is the length of the bolt.

A bigger bolt diameter means better shear strength, and the larger wings will have a stronger hold. Be sure to take into account the weight of anything you might put on the mounted item, such as books on a floating shelf, when choosing the weight rating.

You'll want to choose a bolt length that will go through the thickness of your mounted item, plus the thickness of the drywall, with at least ¼" at the end for the butterfly wing nut. In this example, I'm mounting a ¾" thick board to ½" drywall, so the 3" bolt is more than long enough.

However, keep in mind that those beefy toggle bolts will need a big hole in the wall so the butterfly shaped nut can fit through it easily! You may discover that the required hole is so big, you can see it when your item is mounted on the wall.

You don't require a bunch of fancy tools to install toggle bolts. Here's all you'll need:

How to install toggle bolts

Be sure you follow the installation instructions provided by the manufacturer. Some toggle bolts will have small differences in how they’re installed.

I made a mock-up of a wall from a scrap piece of drywall and 2x4 lumber to show you how a toggle bolt works on both sides. Hopefully this makes the process clearer!

Check behind the wall for wires, pipes and studs

You don’t want to accidentally drill into a pipe or a wire – that would be a bad day! Also, you need to ensure the drywall is hollow so the toggle bolt wings can deploy without stuff in the way.

How do you check behind the wall without X-ray vision? Many stud finders will alert you to the presence of electrical wires, and a false positive reading may be a pipe instead of a stud. You can learn more about how to use a stud finder here.

There are also ways to find a stud without a stud finder, although these methods may not work as well for locating other impediments. So what do you do? This video shows you how to avoid wires and pipes in the wall in a variety of different ways.

If you plan to drill a lot of holes, you can buy a small scope camera and thread it into the hole to have a better look. These are cheaper than you think and attach right to your smartphone!

Mark and drill the hole

Make sure you mark your starter hole locations carefully so you don't turn your wall into Swiss cheese. Measure twice, drill once!

Use a level to make sure you insert the drill bit straight into the drywall - you don't want to be angled up or down. Some drills have a bubble level on the end to help keep everything straight, or you can just balance one on top like this.

Also, use the appropriate-sized drill bit. A hole that's too large may cause the wings to fall through, and if it's too small, you won't be able to fit the folded wings of the toggle. The package should indicate what size drill bit to use.

Thread the bolt through the item to be mounted first

A toggle bolt comes in two pieces, and you'll need to separate them in order to mount your item to the wall. Remove the screw and thread it through the item you want to install.

For this example, I'm just using a piece of scrap wood with a hole in the middle. This is how you would mount the brackets for these DIY closet shelves without a stud in the wall.

If you're mounting a shelf or tv bracket, make sure the threads of the screw can fit through the hole in the bracket AND that the screw head is big enough so it doesn't slip through. You can add a washer to increase the size of the screw head if necessary.

Push the toggle bolt through the wall

Attach the butterfly nut onto the end of the screw, and test to make sure the wings fold in towards screw head end. Pinch the wings together with your fingers and then push them through the hole.

You should hear the bolts click open once they get to the other side of the wall. The wings must spring open - if they don’t, your toggle bolts won’t hold, and the anchor will fail! Tug on the end of the screw and ensure you can’t pull it out of the wall.

Tighten the bolt against the wall

This step can cause people trouble. Unlike regular screws where you place pressure on the head as you drive it in, toggle bolts require you to initially pull on the bolt while tightening the screw. Why?

You need the butterfly nut to engage with the drywall to hold the wings in place. Otherwise, the wings will just spin freely behind the wall, and you won’t be able to tighten it down.

Pull back on the screw while you tighten it. In the photo below, I'm pulling the board away from the drywall while I use a drill to tighten the bolt. Once you feel that the toggle is engaged, you’ll be able to tighten it the rest of the way without holding the item in place.

I recommend using a power drill first, then switch to a screwdriver to tighten it up by hand while adjusting the height and angle of the item being mounted. The toggle bolts should be tight enough so that nothing moves when weight is applied.

On the back of the wall, you can see how the wings are flat against the drywall over the hole. There's quite a bit of wiggle room for the bolt in the hole, so you can adjust the position of your item and make sure it's perfectly level before tightening it down.

How to remove a toggle bolt

What happens when you want to remove the toggle bolts? Well, hopefully you got the placement right the first time and you don't need to move it for a while. But if you do decide to remove the bolt, here are a few things to do.

Most people just back the screw out of the wall while pulling against the screw. This will pull out the bolt and allow the butterfly nut to fall into the wall cavity. This is how toggle bolts are designed to work.

However, if you really want to reuse a toggle bolt, you can try to pull it out carefully. First, loosen it most of the way, then use a flashlight to look through the hole to see the wings.

Now, use a piece of bent wire (like an old coat hanger) to hook one wing of the toggle and fold it inward, allowing you to slide it through the opening. This video shows you how:

This might be more trouble than it’s worth (and can make your hole even bigger), but at least you know it’s possible if you want to give it a try!

Hopefully this tutorial helped solve your problems with installing toggle bolts! They're a quick and easy way to secure heavy items to the wall without a stud, so you can get the exact placement you want! 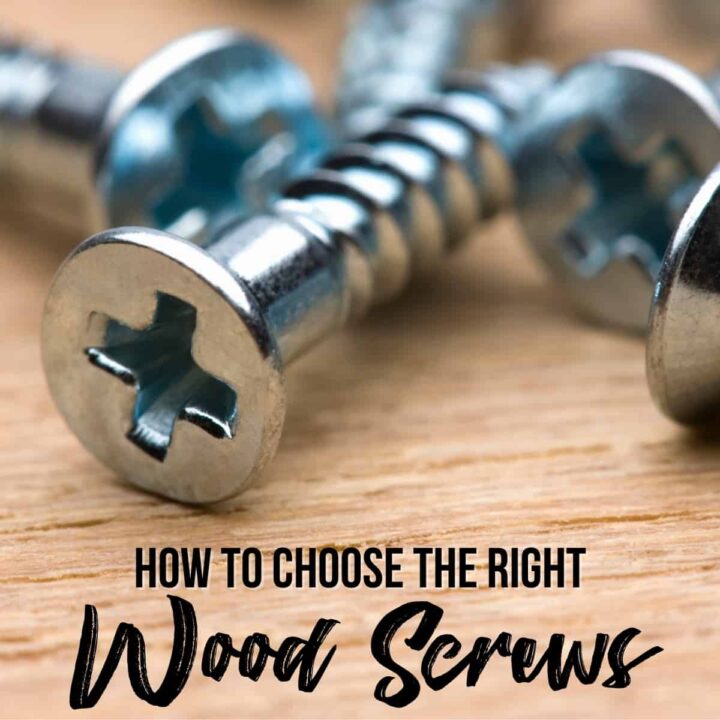 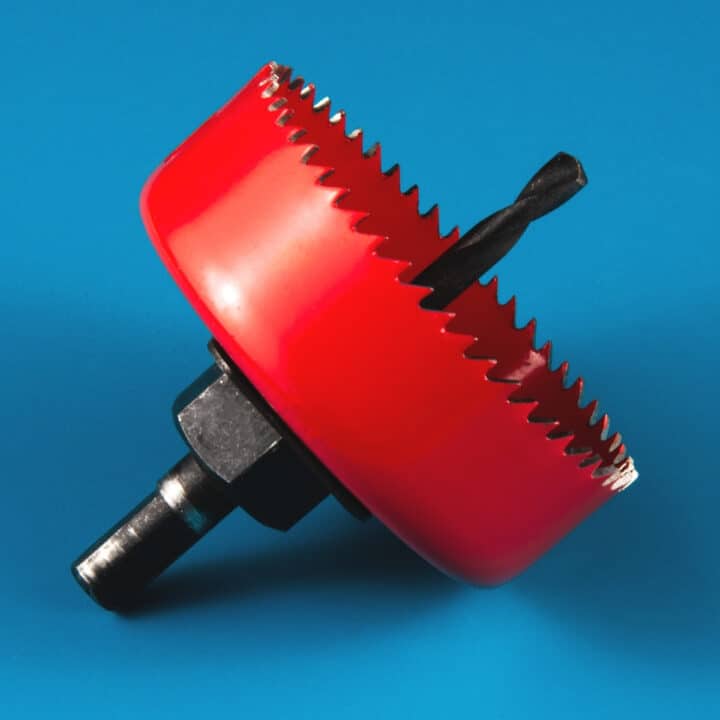 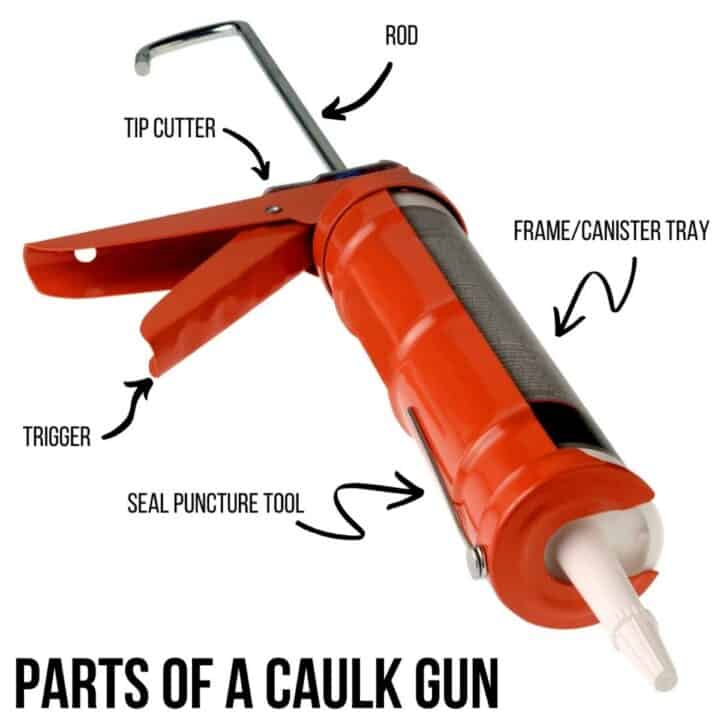 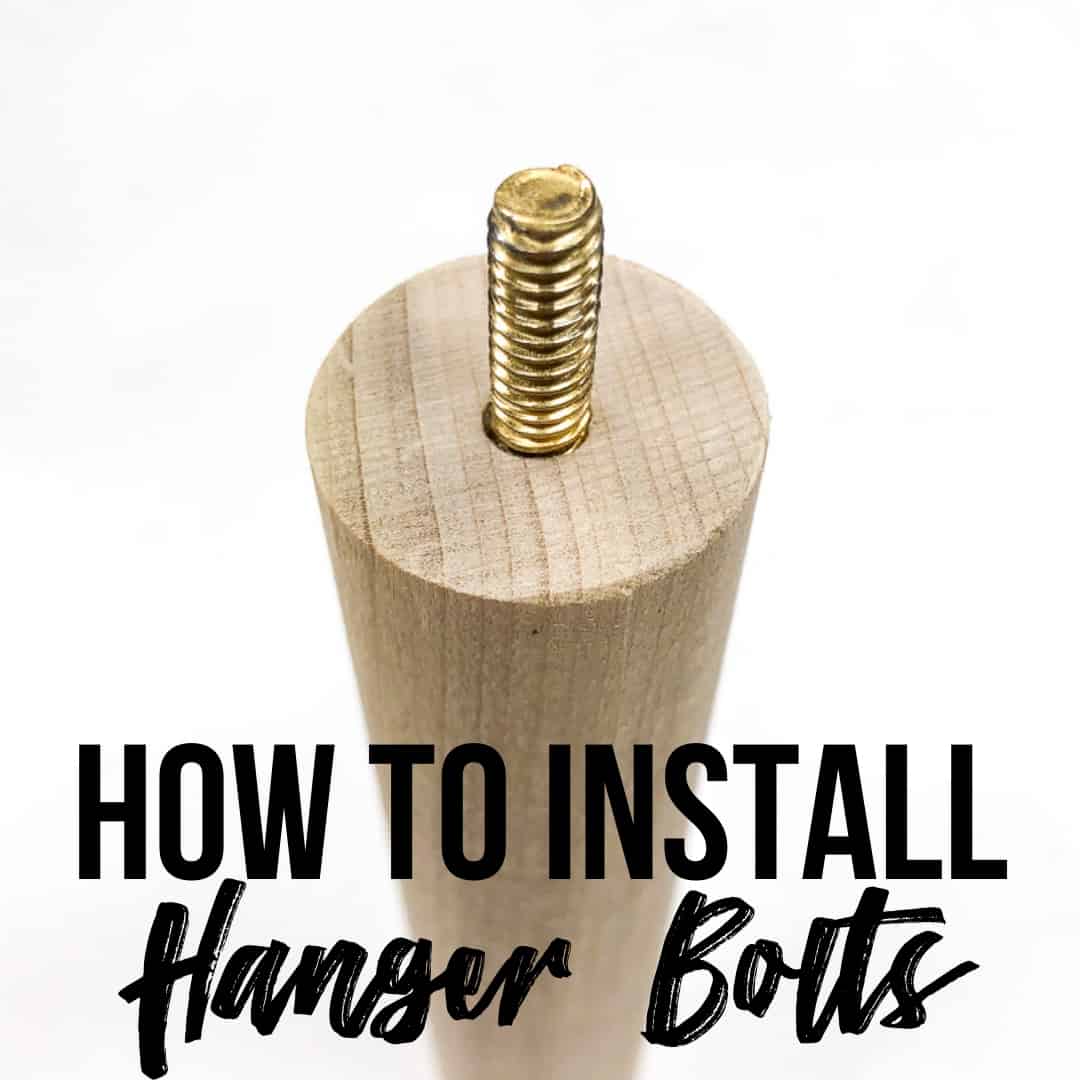 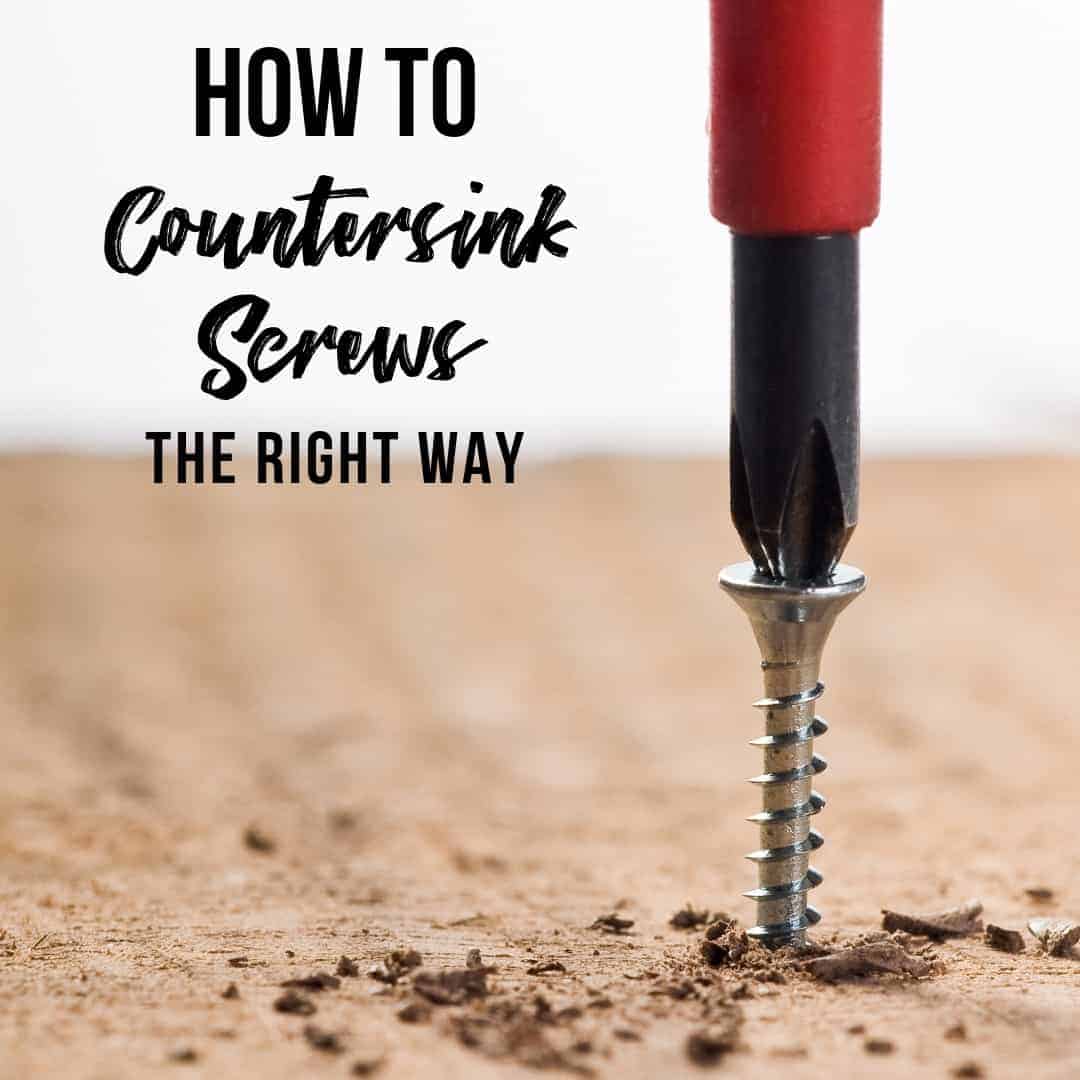 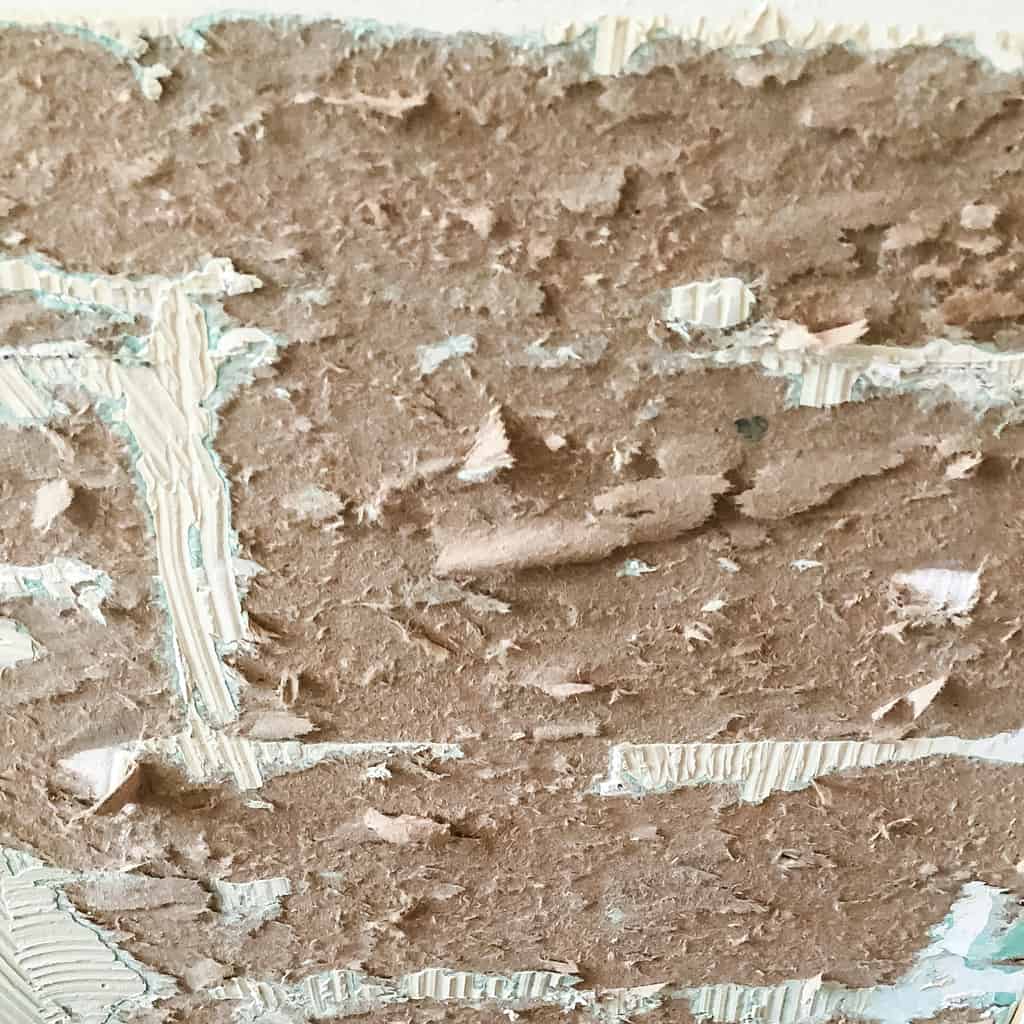 My goal is to teach people how to fix up their homes and decorate them with DIY projects that are perfect for their space.